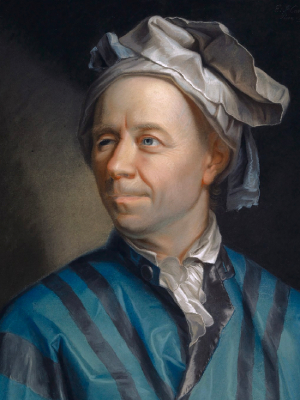 The most prolific mathematician of all time, publishing close to 900 books. When he went blind in his late 50s his productivity in many areas increased. His famous formula , where e is the mathematical constant sometimes known as Euler's number and  is, is widely considered the most beautiful in mathematics.